Ralph Fiennes, Anya Taylor-Joy and Nicholas Hoult star in tongue-in-cheek culinary horror The Menu. Stephen A Russell cleanses his palette and immerses himself in this gastronomic dystopia.

It’s easy enough to see how the pinnacle of fine dining for the super-rich, or those who will bust their piggy banks for a night at the table, can be turned into a satire so strong it could cut sashimi twenty paces. From mousses and emulsions that capture an abstract concept like the essence of the sea, to otherwise basic dishes transformed by “deconstruction” into absurd theatrical flourishes, there’s plenty on the upper echelons of several Michelin-starred restaurants that can be skewered. like 150 days matured beef.

Succession producer and writer Will Tracy found himself freaking out at one of these joints on a private island in Norway, accessible only by a boat that drops you off and returns once the intricate tasting is over. He could see the potential of feeling trapped in such a golden cage, teaming up with co-writer Seth Reiss to concoct the concept of curly frying.

Plating up The Menu, tenderly directed by Succession regular Mark Mylod, it casts an impeccably sneering Ralph Fiennes in self-absorbed Phantom Thread mode as Julian Slowik, the haughty restaurateur and head chef of Hawthorn. Each of Julian’s absurdly polished tunes has a story, and it soon becomes clear that this overarching narrative somehow involves each of the invitation-only diners present on the evening we spend.

They include an impeccable cast Janet McTeer as Lillian Bloom, the kind of fierce and fiercely valued New York-style restaurant critic who can make or more often break careers with a single pithy rebuke. Then there’s a trio of incorrigibly corrupt money movers played by Rob Yang, Arturo Castro, and Mark St. They don’t even care about dinner and are simply there for the status it bestows. See-through star Judith Light is perfect as a kind of Chanel-clad Upper East Side wasp who constantly buzzes around her fussy suit-wearing hubby (Reed Birney). They mostly seem bored with the effort of being there. John Leguizamo is also excellent as faded movie star Lothario, who may or may not sleep with his personal assistant (Aimee Carrero). She definitely wants to leave the concert anyway. And who is the older woman slumped in the corner who looks so out of place?

Anya Taylor-Joy’s Doc Marten and Margot in a silk dress are our window into this world of unfettered excess. We realize she’s a last minute ring as one more of Nicholas Hoult’s obsessive foodies, Tyler. Tyler is appalled that Margot is risking the accuracy of her palette by having a cigarette as they wait for their private ferry to the island. She is bewildered by his feverish fanboy adulation of Julian and his desperation to be noticed.

Without giving away too much of what happens once they’re all seated in Hawthorn – seriously, go blind – The Menu is an evening to die for that quickly takes a turn for the dystopian that’s more Hunger Games than it is. It’s about feeding hungry animals. Sculpted into cheeky, intertitled chapters that correspond to the menu, each dish brings us closer to Julian’s Machiavellian plan. But Margot is a curveball, and it’s a treat to watch the chess maneuvers that unfold between The Queen’s Gambit star and the fabulously po-faced Fiennes. When the mayhem reaches boiling point, Taylor-Joy is more than ready to do battle with her schtick. 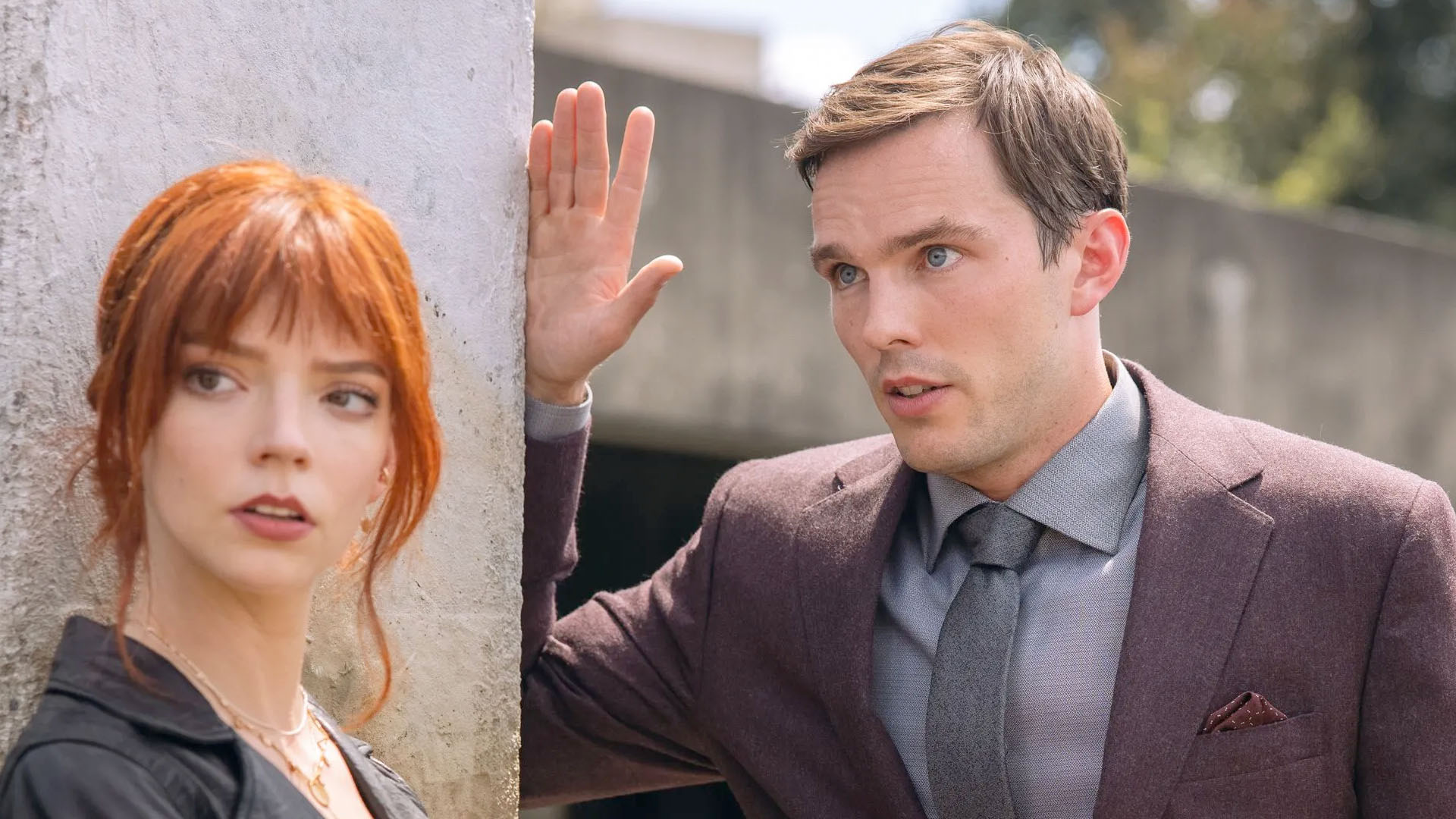 Tracy and Reiss layer on plenty of zingy one-liners, with a joke about the inherently pass-ag evil of sublime CCing emails. Mulholland Dr.’s cinematographer, Peter Deming, knows how to capture the nightmarish possibility of seemingly perfect lives unfolding, with the devil in the detail still turned by Collin Stetson’s wavering score.

If there’s a weakness in this deliciously wicked portion, the class commentary cut into the dish isn’t as sharp as it should be. The us versus them narrative rests almost entirely on the shoulders of Taylor-Joy, with little information about the overworked and arguably underpaid kitchen crew who service Julian’s every unreasonable whim with a military bellow of “YES CHIEF”. Beyond a brief glimpse of their shared army barracks-like dorm, versus the chef’s luxurious private cottage, and a genuinely shocking interaction with a deputy chef (Adam Aalderks) who aspires to the job. of Julian, this part of the plot is a little undercooked. Although crazy props for Watchmen star Hong Chau, the impeccably directed straight chef cum master, who brings all the withered energy of a totally unimpressed gatekeeper to a restaurant with a waiting list of several month.

Flavors are expertly fused by Mylod, which froths an immaculate set led by Taylor-Joy, Hoult and Fiennes into a frothy lather of sound and fury worth gorging on.