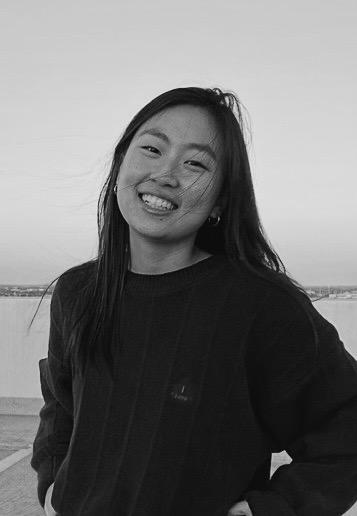 With dim lights, soft jazz, and white tablecloths, 1903 Hall’s basement was transformed from a laundry room hallway into a cozy restaurant for two nights in February and March. Student patrons were greeted by chefs who acted as waiters, escorted to tables adorned with candles and handed out a set three-course menu. In the 1903 open kitchen, diners could watch six of their comrades prepare and serve sous vide duck leg, smoked salmon on “invisible” fries and caramelized poached pears.

Princeton Pop Up, a student-run dining service, was started by Allen Park ’23. Park, a lifelong cooking enthusiast, was first inspired by a similar group at Yale. To gauge interest, he emailed a Princeton mailing list asking for campus cooks, and he received a number of responses. After a series of low-pressure, choppy tries, Park formed a core team with five other students: Adrian Rogers ’23, Matthew Pickering ’24, Ethan Arrington ’25, Felix Xu ’25, and Sophie Leheny ’25.

The student chefs came from a variety of culinary backgrounds, ranging from preparing scrambled eggs as a 2-year-old to working in professional-level bakeries and restaurants. Despite their varying levels of experience, they all had one thing in common: their love of food. 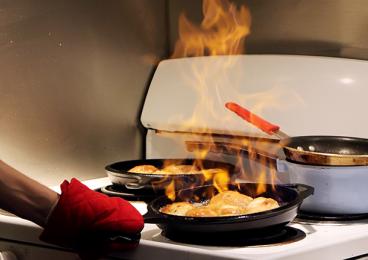 “We love to cook,” Park said. “It’s a big thing that brings us together and why we want to do this, because food brings everyone together.”

When Rogers makes recipes on his own, he says, he locks himself in his room for hours with nothing but a pen and paper. But with P Pop Up, it was much more of a collective effort.

“P Pop Up is very collaborative,” Rogers said. “You can communicate with other people, and just having this group to influence each other and exchange ideas is really wonderful.”

Once the menu was set, the weeks leading up to the service were filled with recipe testing, logistical issues, and afternoons hauling gear from Park’s bedroom to the basement. 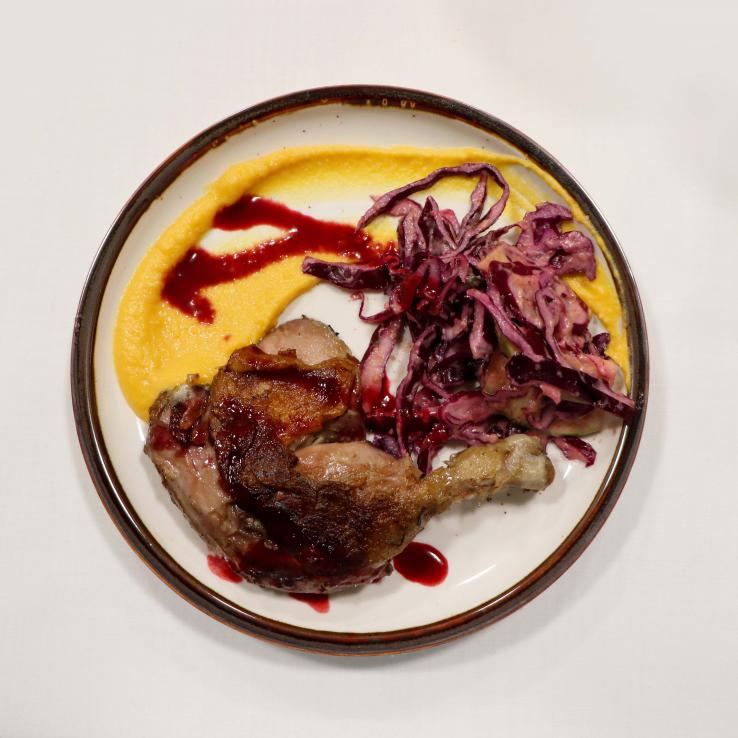 “It was a very long process – we were sort of adjusting things until a few days before,” Arrington said. The service itself was another full day affair. “We didn’t stop moving until 9 p.m. when we closed, and even then there was cleaning,” he added.

For Pickering, the day began in the kitchen at Forbes College, making sourdough, and ended with a hectic evening of waiting tables. But the hours of work paid off.

“The most rewarding part is being in the middle of the service, stressed out, and then watching and seeing everyone having fun,” he said. “It’s one thing to do this as an employee in a restaurant, but to know that you kind of co-manage the whole thing is very special.”

Each service saw 18 guests, at tables for two. P Pop Up charged $28 per person, but added to the menu that, as a fully student-funded service, tips were greatly appreciated. Although Park said they didn’t break even this time around, they hope to become profitable enough later on to invest in better equipment.

Although both services received an overwhelmingly positive response from students, the team agreed that operating from the 1903 basement was not a sustainable model. After appealing an initial ban from the Office of the Dean of Undergraduate Students, the group received approval to become an official club.

Rogers, the self-proclaimed “craziest” of the group, has plenty of ideas for the future of P Pop Up. The “invisible” potato chip appetizer, a concept originally conceived by Rogers, only scratches the surface of his culinary aspirations. From serving table desserts to serving edible terrariums, Rogers hopes to offer customers a service they can’t get anywhere else. “P Pop Up is a chance for students to really push the boundaries of what the dining experience can be,” he said.